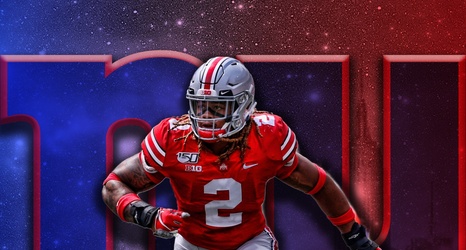 Chase Young a New York Giant? Sounds good, right? It probably won’t happen, but in Pro Football Focus’ latest mock draft, that is exactly what they predict happening this Thursday night at the 2020 NFL Draft.

So, what happened at the top of the draft order to shake Young loose? Palazzolo sees the Cincinnati Bengals staying the course and drafting LSU QB Joe Burrow with the top pick but predicts the Washington Redskins, under new personnel director Kyle Smith and head coach Ron Rivera, will trade out of the second spot where many had cemented in for months in mock drafts.