Can Lorenzo Carter be what the Giants need him to be this season? 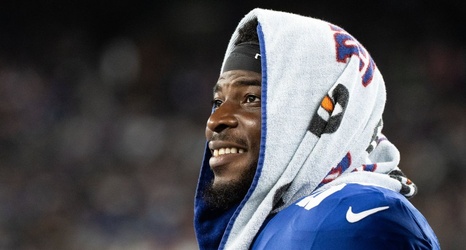 Lorenzo Carter of the New York Giants during the third quarter of a preseason game against the New York Jets at MetLife Stadium on Aug. 14, 2021. Credit: Getty Images/Dustin Satloff

"That’s just my personality," the Giants’ defensive coordinator said. "I'm just hard and miserable all the time. Doom and gloom."

There is one player who manages to lift that dour persona, however. Graham was asked this week about Lorenzo Carter, the linebacker’s comeback from a ruptured Achilles last season and the important responsibilities he figures to carry into this upcoming season.