Brandon Marshall reveals awkward moment he had with Eli Manning 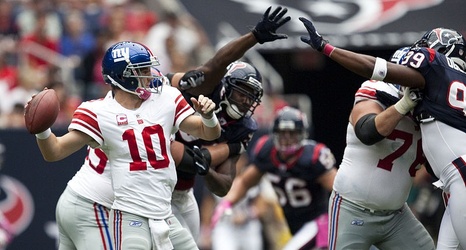 Former NFL wide receiver Brandon Marshall ended up playing only a total of five games for the New York Giants back in 2017, but he has funny story as it pertains to Eli Manning.

Eli’s older brother Cooper Manning did an interview with Marshall and that’s how the story came out.