At least temporarily, Giants can earn their stripes by beating Bengals 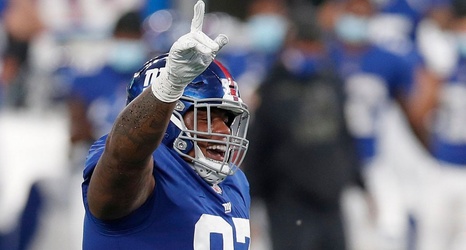 Dexter Lawrence #97 of the New York Giants celebrates after a sack late during the fourth quarter against the Philadelphia Eagles at MetLife Stadium on Sunday, Nov. 15, 2020. Credit: Jim McIsaac

First place is the last place you’d think these three-win Giants would be.

But if they win on Sunday against the Bengals, well, guess who’ll be looking down at the rest of the NFC East?

"It’s crazy," center Nick Gates said this week. "This division has been a toss-up all year . . . We’ve come a long way since game one, so I think we can throw a couple more games together and hopefully make the playoffs.