50 carries! Brian Daboll says he would give the ball to Saquon Barkley that many times if he had to 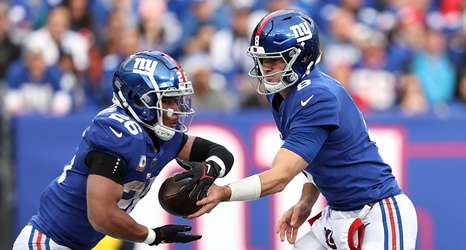 So much for the idea of easing off on the workload being carried by New York Giants’ star running back Saquon Barkley.

A week ago, Barkley carried a career-most 35 times for 152 yards as the Giants defeated the Houston Texans. Barkley is averaging a career-high 25.2 touches per game. He has carried the ball 20 or more times in five of the last six games. Barkley leads the NFL in touches with 227, and is on pace for 429. That would blow away his career-high of 352 touches in 2018. He leads the league in rushing yards with 931, and rushing yards per game (103.