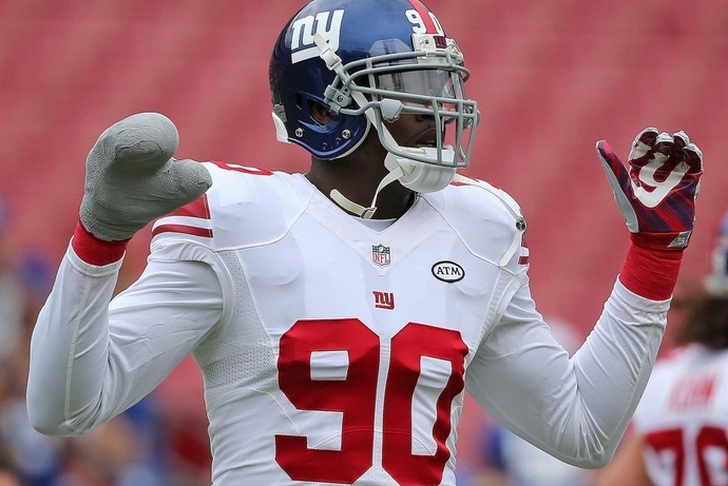 The NFL offseason is officially here, as teams can place the franchise tag on players starting today. The New York Giants have two possible options to use the tag on this year in CB Prince Amukamara and DE Jason Pierre-Paul. They could also use it on DE Robert Ayers, but it seems unlikely the team will use it at all.

The team used the tag on JPP last year, but then he blew off part of his hand and missed part of the season. It's unlikely he'll get the tag again. The same is true of Ayers, as the tag could cost upward of $15 million for defensive ends.

The Giants would have a need at CB if Amukamara leaves, but the price tag for the corner might be too high for a franchise tag. It would cost the Giants about $14.8 million, more than Amukamara would likely get in free agency.

While the window to tag players remains open until March 1st, don't count on the Giants tagging anyone this season.

Follow our New York Giants team page for all the latest Giants rumors.