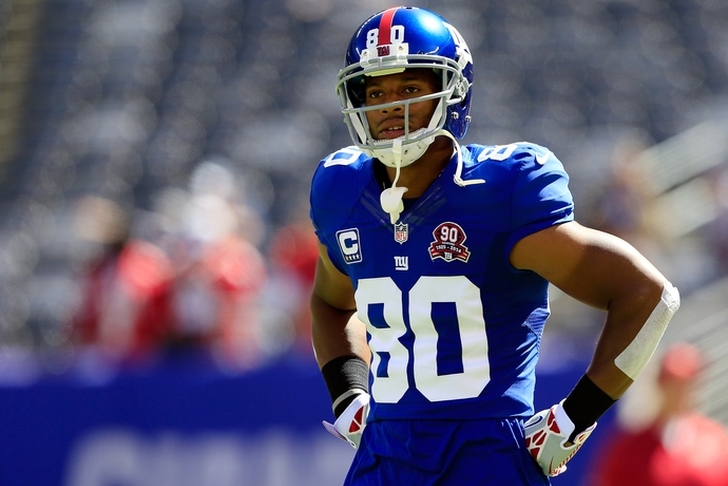 NFL Free Agency starts on March 9th, and the next few days will feature several New York Giants rumors. While free agency doesn't officially start until Wednesday, Monday and Tuesday are "legal tampering" days. That means teams can discuss contracts with any player, although a deal can't be signed until Wednesday. With that in mind, here are a few of the more interesting rumors and news tidbits on the Giants.

Mario Williams
The Giants are essentially looking at all the DEs this offseason, including Mario Williams. He's already visited New York, and they're in good position to sign him. However, it seems like Williams will be chasing the money this offseason.

DE Mario Williams told teams he would sign right away if received an offer of $10M per season. #Giants, #Dolphins and #Jaguars interested

The Giants have the cap space to afford Williams, but it's unclear if Williams will end up getting that kind of money. He is coming off a poor season.

Other DE Targets
In addition to Williams, the Giants are interested in a few other DEs. Former Panthers DE Charles Johnson visited over the weekend, and the team has interest in Falcons DE Adrian Clayborn. New York will also likely at least make calls to Malik Jackson and Olivier Vernon. With plenty of cap space, the Giants could sign two or more free agent defensive ends this offseason.

Victor Cruz Could Be Cut
Cruz was the Giants' No. 1 WR a few seasons ago, but injuries and the emergence of Odell Beckham have lessened his importance. In fact, the Giants might end up cutting Cruz.

#Giants have informed WR Victor Cruz they will release him unless he agrees to pay cut. Negotiations under way, per source

Cruz has a $9.9 million cap hit next season, a number that doesn't match his play. Cutting Cruz would save the Giants just over $6 million in cap space.

George Iloka A Target?
The Giants have Landon Collins at one safety spot, but the team could use a compliment. They may be interested in pursuing Bengals safety George Iloka.

Iloka is a talented player and arguably the best safety on the market. He's young and there could be a bidding war for his services.

Follow our New York Giants team page for all the latest Giants rumors!