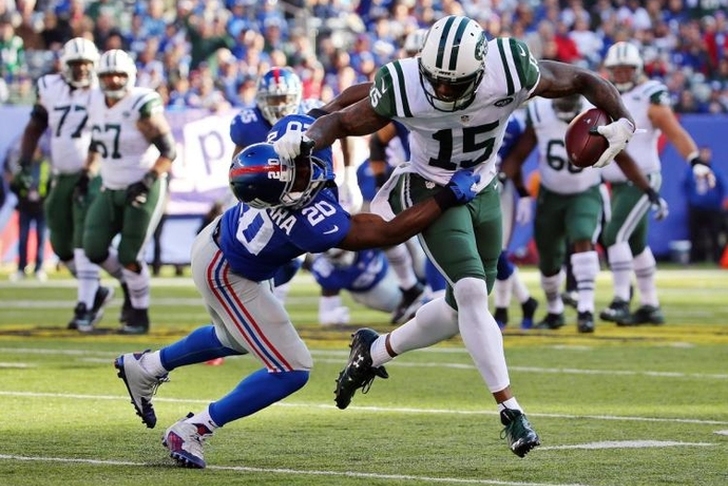 NFL Free Agency isn't over yet, but we're through the first week and over 100 players have signed. Among the teams close to being finished is the New York Giants. The front office didn't have a boatload of cap space to work with, but they found a way to make a few notable moves this free agency.

This grades include trades, retirements, signings, re-signings and releases. With that in mind, here's our free agency grade for the Giants.

JPP and Darkwa are the biggest re-signings the Giants have made to this point, and both were needed. New York locked Pierre-Paul down with a long extension, and Darkwa figures to be one of the leaders in their backfield. Fluker will provide the Giants with more offensive line stability and versatility, and Ellison should give them a reliable tight end who can both block and catch passes.

However, the big get was Brandon Marshall. While he isn't an elite receiver anymore, he is still a huge red zone threat and will be one of the best No. 2 receivers in the league playing next to Odell Beckham Jr.

Jennings, Cruz and Donnell have yet to sign anywhere else, but they aren't going to be returning to the Giants next season. The other two losses aren't going to hurt New York too much.

Grade: B+
This grade is still incomplete without defensive tackle Johnathan Hankins and linebacker Keenan Robinson re-signed yet, and that is certainly a cloud hanging over this franchise. Losing either player will cause this grade to drop, but right now, they have made some excellent additions without really losing anything of consequence.