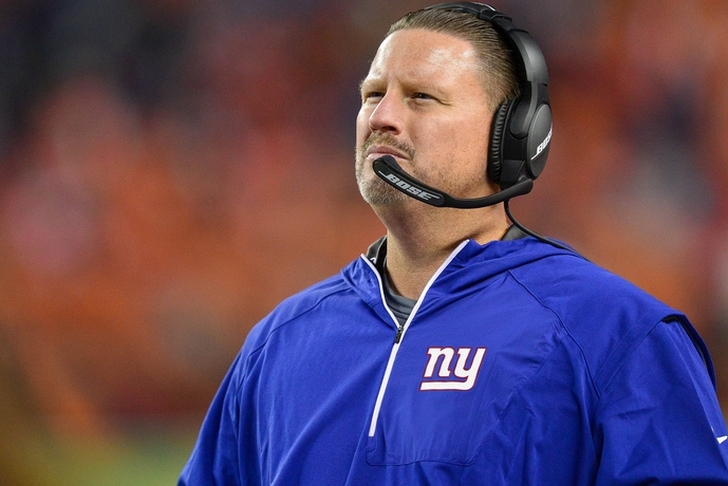 The New York Giants are entering Week 13 with a 2-9 record and dead last in the NFC East. This week will be different for the Giants in the sense that, for the first time since 2004, a quarterback not named Eli Manning will be the starting quarterback. Earlier in the week, Ben McAdoo benched Manning for backup quarterback Geno Smith, who has 28 touchdowns and 36 interceptions in his career.

Here is why the Giants are guaranteed to do just that:

Benching Eli Manning
It was an absolute classless move by McAdoo to bench the Giants franchise quarterback who has two Super Bowl MVPs and hasn't missed a game since 2004. Multiple NFL players and media personalities have gone to Twitter and expressed their feelings about the benching of Manning.

Wow so Eli Manning get benched. Is it me or is #BenMcAdoo running out of ppl to throw under the

Steve Smith has never been afraid to express his opinion, but that is nothing compared to Mike Francesa losing his mind on his radio show on WFAN.

McAdoo's Relationship with Players
It hasn't been a secret all season that the Giants players haven't been getting along with their head coach, and a few weeks ago Josina Anderson of ESPN shared these conversations with two unnamed players.

“McAdoo has lost this team. He’s got us going 80 percent on Saturdays before we get on a plane to play a game, it’s wild. Changed our off day. He’s dishing out fines like crazy. Suspended two of our stars when we need them most. Throws us under the bus all the time. He’s ran us into the ground and people wonder why we’ve been getting got.”

Track Record
As stated above, since taking over as Giants head coach, McAdoo has a 13-15 record - which simply isn't going to cut it in New York. Mix that with benching your franchise quarterback for a player who has never shown the ability to win games, and you have a recipe for disaster. He has bad communication skills with players and the front office has shown their displeasure with him.

Sources: Some members of the #Giants ownership did not agree with how Eli Manning was handled this week and there was intense and serious internal debate. They are trying to figure out the fallout, leading to John Mara not guaranteeing Ben McAdoo would finish the season.

Should they lose to the Raiders today, it will be a foregone conclusion that McAdoo will be fired by Monday.