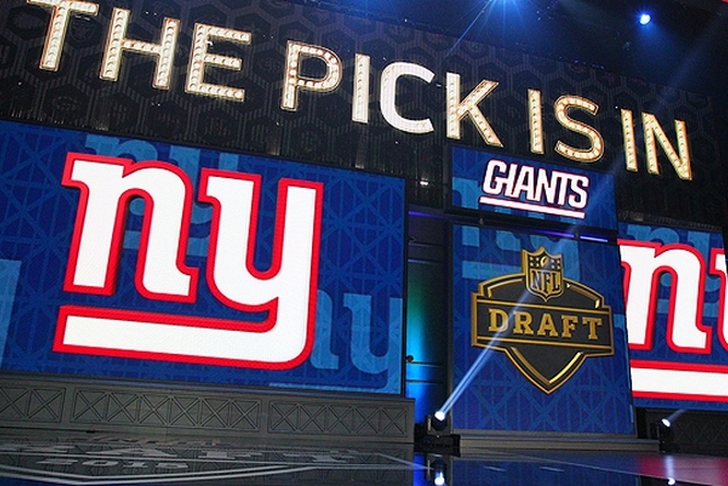 There are a ton of Giants rumors swirling around who New York should draft in the first round of the 2018 NFL Draft, yet not too often do we hear about who a team should avoid. The New York Giants finished the regular season with a 3-13 record and are looking to get back on track as one of the top teams in the NFC. As such, here are three players the Giants should avoid with pick #2 in the 2018 NFL Draft: Wyoming Cowboys quarterback Josh Allen is one of the most divisive prospects in this year's NFL Draft. Allen has drawn a considerable amount of hype and buzz, despite not putting strong numbers in college. Allen has all the physical tools (size, arm, athleticism), but they're very raw. He's had some consistency and decision-making issues at Wyoming, but some team will fall in love with his upside. If the Giants want to go, quarterback, they need to avoid Allen.

The Giants need to add talented depth at the linebacker position but Tremaine Edmunds is too raw to be selected second overall His NFL Draft stock is soaring due to his size-speed skill set, plus athletic ability but his inconsistent play isn't getting enough attention.  He led the Hokies with 109 tackles, adding 5.5 sacks, 14 tackles for loss, and three forced fumbles this past season.

The Giants need to improve their secondary, so here's an instant starter. He can play both cornerback and safety, and that versatility could easily get him in the top five. The Giants have larger needs than selecting Fitzpatrick with the second overall pick.