Giants Week 1 Outlook: 5 Things To Look For Against The Cowboys 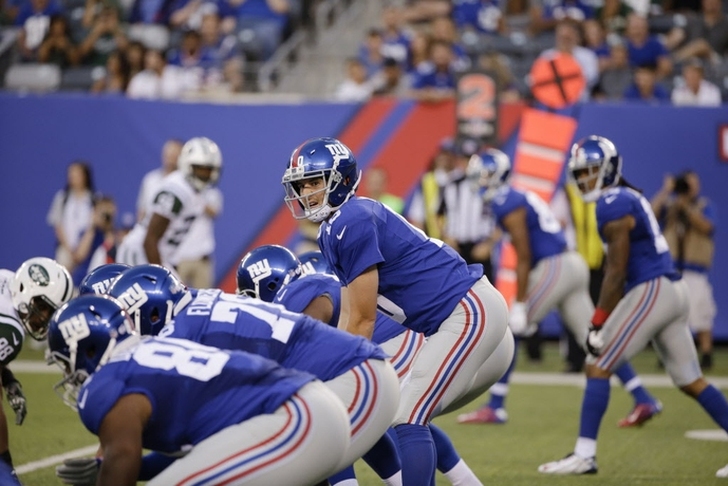 The New York Giants will hit the road to face the Dallas Cowboys in their season opener on Sunday night, and the Giants are hoping to get off to a good start after missing the playoffs the past two years. Here are five things to look for in the matchup:

5) What will Odell Beckham Jr. do for an encore?

Beckham captured the imagination of the nation in 2014, and his encore this coming season has the potential to be a fireworks show of epic proportion. The kid's catch radius is one of the biggest in the game, and his ability to break off a home-run TD reception on any given play makes him one of the NFL's most must-see players.

This is less about Amukamara's production and more about his health. The Giants are returning to a proven, aggressive defensive system under returning D.C. Steve Spagnoulo, and a huge part of his schemes' success or failure will hinge on how solid the team is on the back end. Amukamara's torn biceps injury last November shouldn't be a problem in 2015, but he'll have to sidestep other strains of the injury bug in order to give Spagnoulo the lockdown corner he needs.

3) What will the addition of Shane Vereen bring to the offense?

Just like he was with New England, Vereen is a dangerous third down back and will fill that role in the Giants offense. Expect him to catch plenty of passes and contribute on some running plays as well.

2) Can Eli Manning return to form?

Here's the thing everyone seems to forget about Manning -- interceptions or not, he's still one of the best volume passers in the game. Manning attempted a career-high 601 passes in 2014, helping to paper over a running game that was troubling in its inconsistency at points. The biggest factor for his success in 2015 is keeping his picks down in the low- to middle-teens, rather than going through a nightmarish pick spree like his 27-interception season in 2013.

1) Will the offense look better in Year Two of the West Coast Offense?

New York had some growing pains in the first year of implementing Ben McAdoo's West Coast offense, but a year of experience and another training camp could be just what the doctor ordered to get the offense humming along. Look for the return of Victor Cruz to play a huge factor in the team's success both in the passing game and in the running game with him out there as a decoy.