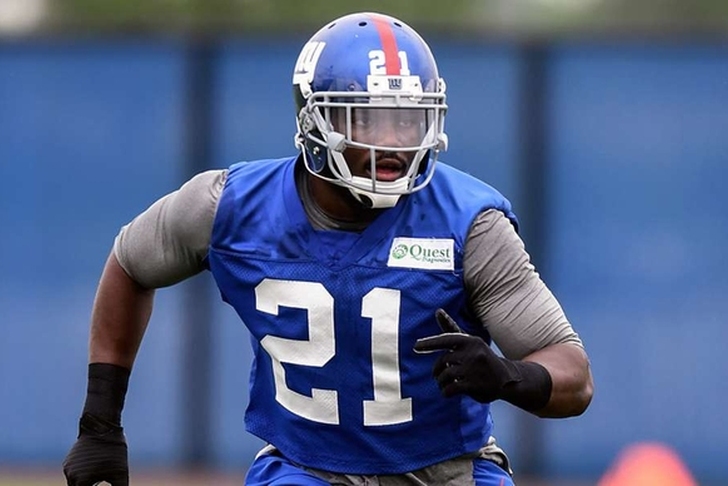 The NY Giants' 2014 season was a mess of inconsistency and squandered opportunities, but the franchise comes into this year with genuine optimism and a chance to right the wrongs that plagued them for large chunks of last year. With that being said, here's three things we've learned about the Giants so far in training camp:

Many Giants fans are hoping to see rookie Landon Collins start at safety in Week 1, but coach David Merritt says the competition between him, Jeromy Miles, and Cooper Taylor:

Collins has been taking a majority of the first-team reps, but it's clear he hasn't won the job just yet.

Odell can handle the pressure

91 catches. 1,305 yards. 12 touchdowns. Countless YouTube and Vine highlights. One Madden cover. Odell Beckham's amazing whirlwind of a rookie season is now completely in the rearview, and everybody is clamoring to see just what the charismatic kid will do for an encore. Barring something unforeseen, Beckham could easily challenge Calvin Johnson, Antonio Brown and the field for the mantle of "best NFL wideout going." And, there hasn't been a young kid who's transitioned from year one to year two under the NY Giants big-market spotlight with quite the charisma Beckham has in quite a long time, if ever.

The McAdoo effect is real

Under new offensive coordinator and play-caller Ben McAdoo, the 2014 Giants finished 10th in the NFL in total offense with 367.2 yards per game, counting as a 59.7 yards-per-game improvement (almost 20%) over the team's 2013 number. With a full year of continuity in the can, it's been clear in camp that Eli Manning and the crew will challenge for a top-five finish or better in most offensive metrics. This offseason has given us a window into what this offense can do at full throttle, and that's a very exciting thing for NYG fans everywhere.