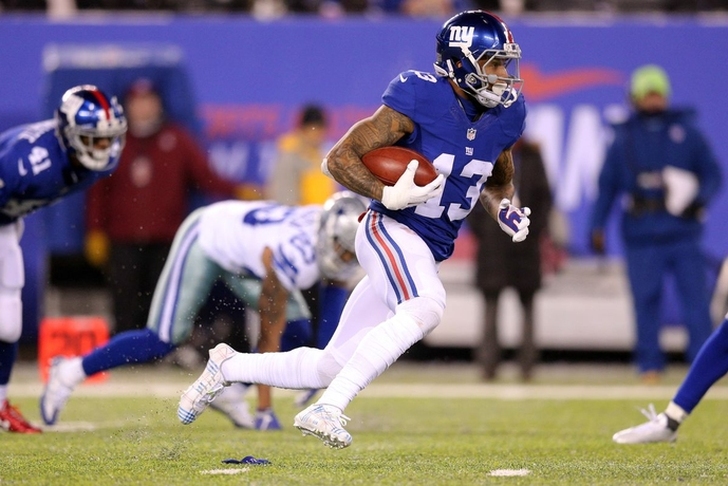 The New York Giants play their first preseason season game on Friday and the team has released their first unofficial depth chart. The depth chart can be viewed here, but we've also grabbed screenshots of the depth chart and embedded them below. Some notable takeaways are also included. 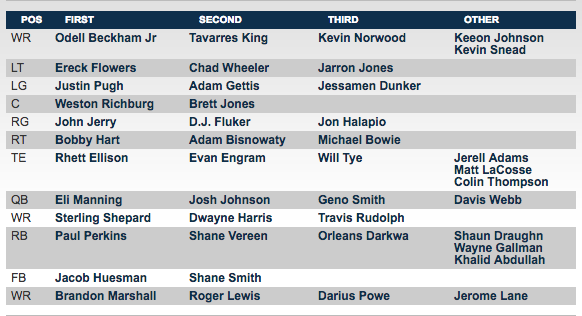 John Jerry is ahead of D.J. Fluker in the battle for right guard, while rookie Evan Engram is behind Rhett Ellison (that's a common theme). Josh Johnson holds the lead over Geno Smith in the backup QB race. Rookie Wayne Gallman is buried on the depth chart, while free agent addition Shaun Draughn trails Orleans Darkwa for the third RB spot. Two rookies are the backups at tackles.

Once again, there are no rookie starters. Second rounder Dalvin Tomlinson trails Jay Bromley at DT, though that battle which includes Robert Thomas and others is far from over. Devin Taylor was a free agent pickup and Avery Moss was a fifth round pick, but both are buried at the bottom at DE. B.J. Goodson is the start at MLB, a position the Giants need more production. Darian Thompson has the edge over Andrew Adams at free safety, while Mykkele Thompson is now a corner after a move in the offseason from safety.

The kicker spot the only training camp battle here. It's Aldrick Rosas vs. Mike Nugent, who was recently signed after struggling in Cincinnati last year.