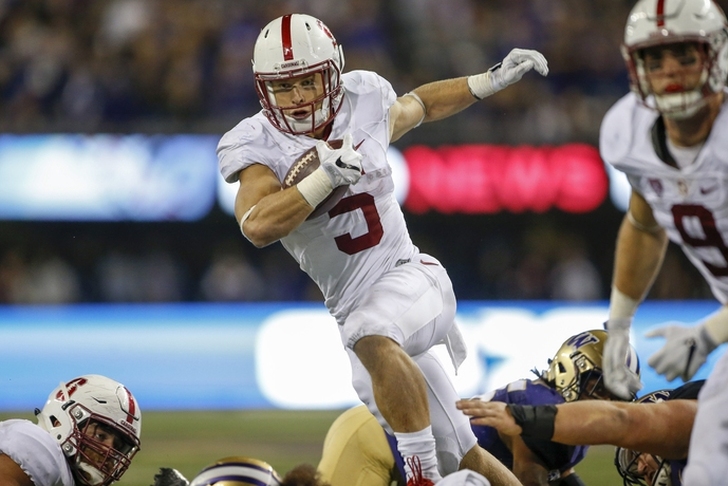 The New York Giants have a major need at the running back position, and are expected to address that at some point in the draft.

They are expected to draft a linebacker or an an offensive lineman with the No. 23 overall selection, but Stanford's Christian McCaffrey is also in play. In fact, the Giants may trade up to try and get him, according to James Kratch of NJ.com:

The other trade-up target would be running back Christian McCaffrey. He can do it all, and he could transform the efficiency and explosiveness of this Giants offense. The Giants would be getting four positions in one: Between the tackles running, hurry-up/third down back, slot receiver and return man.

McCaffrey’s presence would also make the Giants into one of the league’s glamour teams, which is a consideration to a point (it’s still a business, folks). It wouldn’t get much more marketable than Eli Manning, Odell Beckham Jr., Brandon Marshall and McCaffrey all on the field together.

Kratch does mention that he does not expect New York to trade up in the first round, but if they do, it would likely be for McCaffrey.

However, it remains to be seen how long McCaffrey will be on the board. The Panthers have interest in him with the No. 8 pick, and he reportedly received a draft guarantee from a team drafting in the teens that they will select him. The Eagles (No. 14 overall pick), Ravens (No. 16 pick) and Redskins (No. 17 pick) have all expressed heavy interest in McCaffrey throughout the pre-draft process.