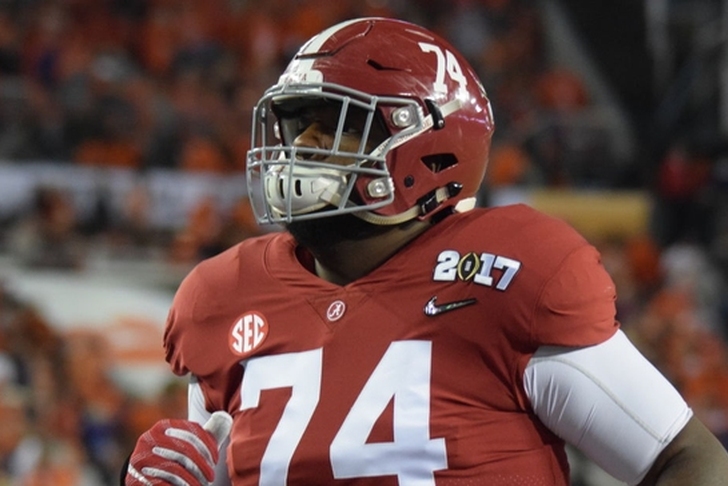 The New York Giants currently hold the No. 23 pick in the upcoming NFL Draft and could go a number of different directions with the pick, from upgrading their secondary and offensive line to finding a starting-caliber running back.

However, NFL.com draft analyst Bucky Brooks thinks the Giants should go with the best offensive tackle available, no questions asked.

“With the New York Giants, they typically build their team up front. I'm thinking offensive line, defensive line is probably the way to go,” Brooks said. “Really offensive line when you look at their void on the edges, I believe they look to get a people mover, someone who is athletic enough to play left tackle so they can move somebody to the right. It allows them to look at [Ryan] Ramczyk, Garett Bolles, maybe Cam Robinson. Cam Robinson to me would be more of a natural right tackle. I believe they have to focus on finding an offensive lineman that can come in and start and allow their offense to be complete.”

The Giants are currently projected to take Robinson in Chat Sports' latest mock draft. He was the second offensive tackle taken in in the first round, with Bolles going a few picks earlier to the Broncos.

Robinson started the season a projected top-five pick, but poor play this season has dropped him to a mid- to late-first round prospect. He is a great run blocker and can start immediately as a right tackle, but struggled as a left tackle this past season.