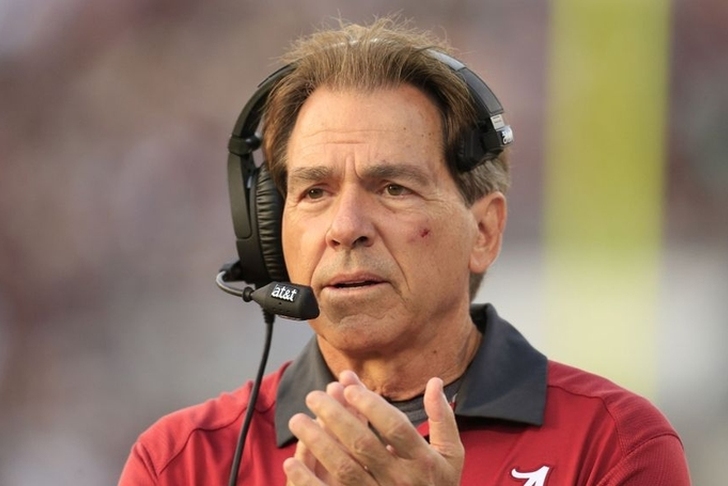 The NFL Playoffs are in full swing, but the focus for the New York Giants remains squarely on the search for former head coach Tom Coughlin's replacement. Here are the latest and most interesting Giants coaching rumors and news for Tuesday, January 12th.

Hue Jackson Interview?
The Giants want to interview Bengals offensive coordinator Hue Jackson, and we might know when the interview will occur.

Re: the #Giants HC interview, I’m told the plan is for Hue Jackson to arrive in NYC Wed nite & interview Thurs am at t/ latest, at this time

Jackson is a popular candidate and the Browns are pursuing him hard. However, the 49ers might be out of the running for his services.

Nick Saban An Option?
It was only a matter of time before "Nick Saban and NFL team" were linked together. It's te Giants getting the first major link, as the New York Daily News is floating the possibility of Saban leaving Alabama for the Giants. To be frank, there isn't much to the Saban rumor. The Daily News reports "it seems likely that if Saban were interested, Mara would likely give him strong consideration. Mara even said he'd be open to considering a college head coach last week." The Daily News doesn't mention if Saban actually has interest, but a former college head coach thinks it could happen.

The Giants tried to hire Saban in the past, but there isn't any real indication that he'll actually leave Alabama for New York. It's highly unlikely the Saban-Giants rumors will develop into anything.