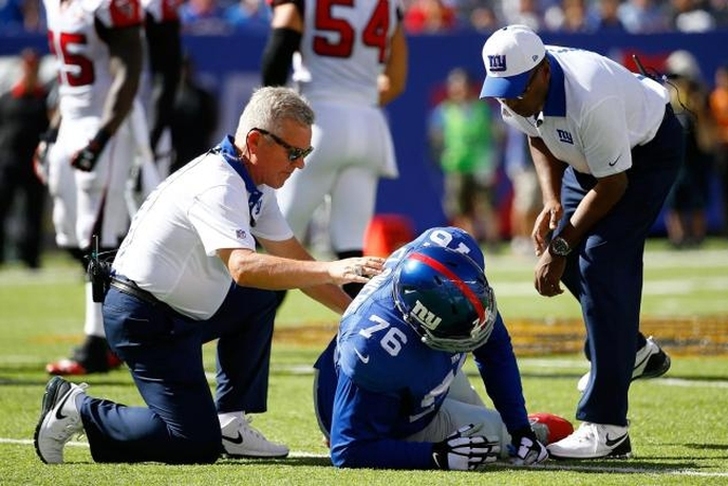 The New York Giants have been plagued by injuries and the latest Giants news is that OT Ereck Flowers injured his ankle against the Atlanta Falcons.

The Giants' twitter account called the injury a sprain, but it's unclear how long Flowers will be out.

Flowers had injured the ankle earlier this season, but was trying to play through the injury.

With Flowers out, Justin Pugh shifts over from guard and John Jerry replaces Pugh at guard.