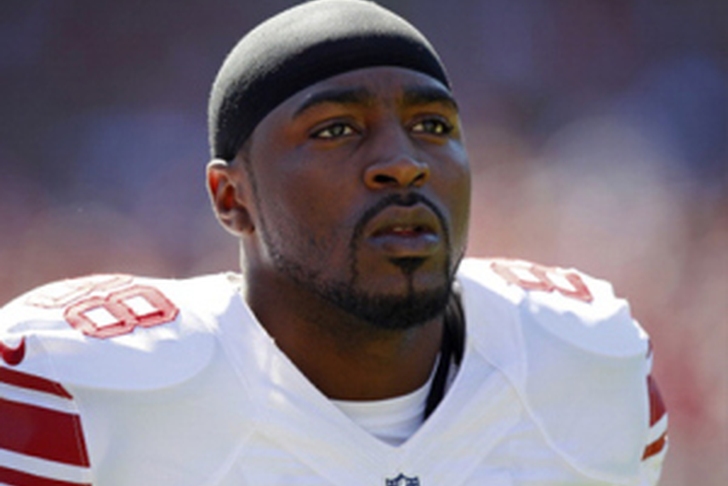 Going into the 2013 NFL season this question would have seemed like a ridiculous one, but the Giants are still winless after playing six games and their season seems all but over already. The Giants figured to contend this year in, what figured to be, a down NFC East, and Hakeem Nicks figured to be a big part of their offense. But that has not happened and, unfortunately for the Giants, they need to start thinking about the future already.

Coming into the season Nicks had as much on the line as anybody on the Giants roster. In the final year of his contract and coming off an injury riddled 2012 season, Nicks needed to prove he was that explosive number one receiver he had proven he could be in the past. As of right now Nicks has not proven that he is the same player he was in 2010 and 2011 when he put together back-to-back 1000 yard receiving years. So far this year Nicks has 25 catches for 442 yards which aren't bad numbers considering he is on pace for over 1000 yards this season. But there are red flags. One of those flags is the fact that he has not scored a touchdown yet this year. Another issue is that Nicks has been dropping more balls this year than ever before. In years past he had some of the most reliable hands in the league but that hasn't been the case this year. After the 2011 season Nicks was being declared as one of the top receivers in the league, and rightfully so, but he has yet to look the part since, and that includes this season. This raises the question of should the Giants keep Nicks for the rest of the year or trade him.

The answer to that question relies on a few different variables, the first of which is, what can they get for him. As of right now the answer to that question is completely unknown. It is clear that there would be several teams interested in acquiring Nicks including the Patriots, Falcons, and 49ers, but what would they be willing to give up? If the Giants can get a pick in one of the first two rounds you would have to consider taking it, especially considering the Giants may not re-sign Nicks (which I will get to later.) But if a team offers a pick in the third round or later, it might be worth it for the Giants to hang on to Nicks for the rest of year.

One last variable to consider is who the Giants would use to replace Nicks. The answer to this is clearly Rueben Randle, who the Giants seem to be grooming to be their second option in the passing game. Randle has been targeted only two less times than Nicks so far this year, which makes you think that the Giants are okay with moving past Nicks. But if you have watched the games Randle has made some great plays but has also made some plays that have you shaking your head. Six of Eli Manning's 15 interceptions this year have been intended for Randle, whether he ran the wrong route, or just wasn't on the same page as Manning. On the other side of things Randle does have three touchdowns and 333 yards as the Giants third option in the passing game. The Giants have to decide if Randle is a viable replacement for Nicks as a top outside receiver before they make any decisions regarding Nicks and his future with the team

My gut feeling is that the Giants will hang on to Nicks for the rest of the year, and keep giving Randle the opportunity to prove he can replace Nicks. If Randle keeps having a mixed bag of results, the Giants have to consider either re-signing Nicks (whether it be a long-term contract or the franchise tag), or drafting another wide receiver. Even though the Giants are not in contention anymore this year, they can't really afford to trade Nicks at this point with Randle being a big question mark. The Giants should give Randle a full year before they make a decision on Hakeem Nicks, even if it is at the expense of possibly getting a draft pick in a trade.