Report: Giants CB Prince Amukamara Likely Out For The Season With Torn Bicep 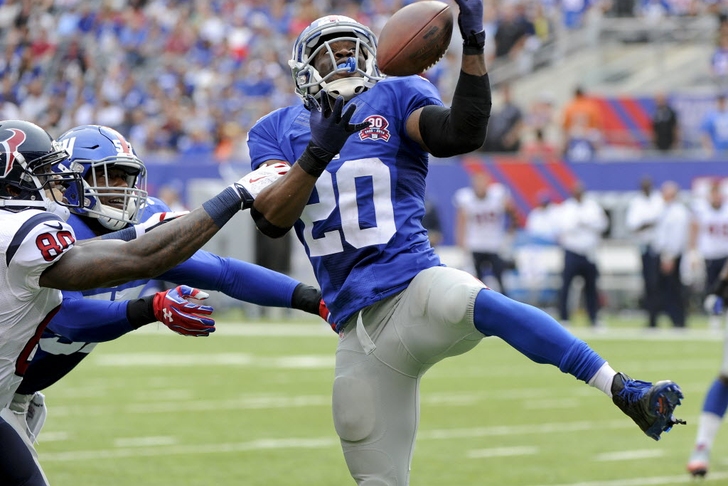 Can't get enough NY Giants news and rumors? Be sure to download our 5-star iPhone app today!

The New York Giants suffered a devastating blow to their secondary on Monday night, likely losing cornerback Prince Amukamara for the season with a torn bicep.

Here is the New York Giants' official Twitter with the confirmation of injury:

Amukamara suffered the injury in the fourth quarter of Monday's game. Per several accounts including ESPN's Adam Schefter, the injury will likely require season-ending surgery:

Sounds like season over for Giants CB Prince Amukamara.

Amukamara was second on the team in tackles (34) before the injury, along with coming into Monday tied for fifth in the NFL with three interceptions.

Stay tuned to Chat Sports for the latest on Amukamara's condition as additional information is made available to the press.