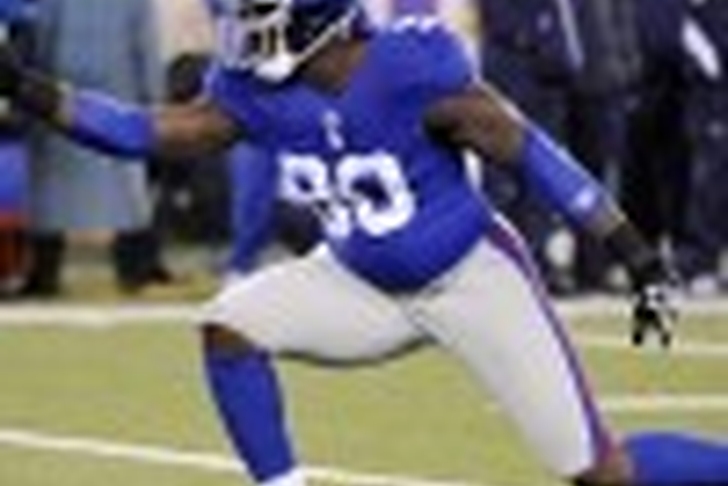 JPP's rookie deal is history, and as expected, he'll be a free agent when Free Agency opens on March 10. Pierre-Paul has already shot down any hopes that he'd take a hometown discount in any new deal, and the number of interested teams means it's unlikely that the Giants can bring him back at a reasonable price.

If Pierre-Paul is resistant to a new deal or if early talks look like they're headed south, the Giants have a decision to make: let their only productive defensive lineman walk, or franchise tag him, risk having an unhappy player on the squad for a season and likely lose him anyway next Spring. It's not an ideal situation by any means.

Pierre-Paul reportedly has no interest in being tagged, and has said as much to friends and teammates. He'd make the average of the top five salaries at his position in 2015 (the one-year number would count in full against the cap), then be right back at square one next summer. Not only does Paul think his new deal can do better, it would also pay him more in bonuses and incentives (which franchise tags don't include), and he won't have to worry about getting hurt while franchise tagged this season and damaging his value.

It sounds very much like Pierre-Paul would leave as soon as he could if Giants GM Jerry Reese decides to use the franchise tag on him...and it also sounds like the team feels they're running out of options. Unfortunately for Giants fans, this one might not have a happy ending.