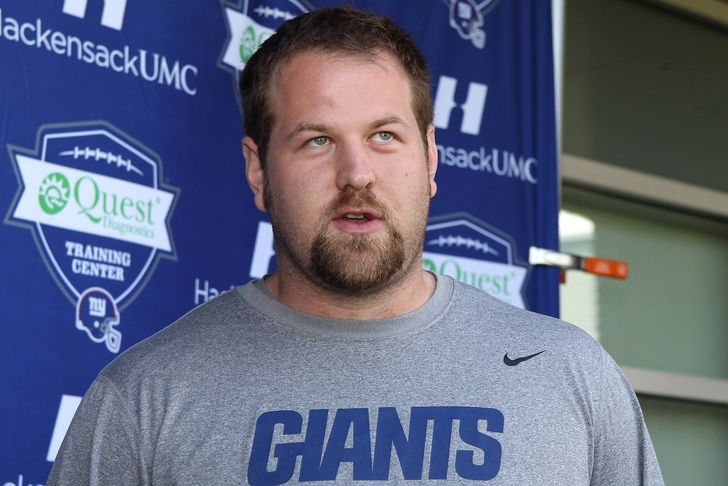 New York Giants head coach made two adjustments on the team's offensive line during Sunday night's loss to the New York Giants - one out of necessity and the other in order to jump start the team's rushing offense.

"I wanted to try and create some spark and be able to run the ball a little bit," Giants coach Tom Coughlin explained after the game. "In last week's game, there wasn't any run. I wanted to be able to have some balance to our offense, and if that's what it took, then so be it."

Geoff Schwartz, who was signed by the Giants this offseason to start left guard, missed the first 10 games of the 2014 NFL season due to a toe injury. However, he was able to make his New York debut at right tackle Sunday for the injured Justin Pugh. In addition, Coughlin raised a couple eyebrows by benching rookie Weston Richburg, starter at left guard for all ten games this season, for veteran Adam Snyder.

"Me and Snyder and some veteran guys, we've done this before where we've had to fill in at certain times," Schwartz said. "I thought our effort was good."

Despite all the moves, the Giants rushed for just 89 yards on 32 carries - finishing with a less-than-mediocre 2.8 yards per rush.