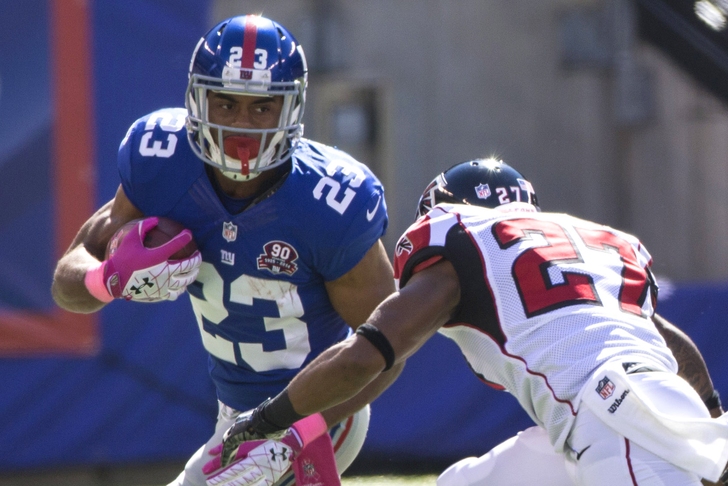 New York Giants running back Rashad Jennings practiced all week with the team in advance of Sunday's game against the San Francisco 49ers. After missing the last four games with a sprained knee, Jennings is officially probable for Sunday and looks to be a safe bet to be in the lineup.

"It definitely feels good," Jennings said, via Dan Graziano of ESPN.com. "It's not fun when you're at home watching on the couch with your dog looking at you like you're crazy."

Giants head coach Tom Coughlin said earlier this week that he's not planning to give Jennings a full workload upon his return. However, when reminded of Andre Brown's 30 carries in his return from injury in 2013, Coughlin appeared to change his tune.

"And we won the game, right?" Coughlin asked in rhetorical fashion. "Maybe he gets 50 carries. Whatever it takes to get a win."

With rookie Andre Williams taking over the starting role with Jennings out, the Giants have averaged just 83 yards per game on the ground. During the five games Jennings has been on the field, New York has rushed for 121 yards per contest.

"If I'm out there, I'm going," Jennings said matter-of-factly. "No hesitation, no restrictions. I can go as many as they need."