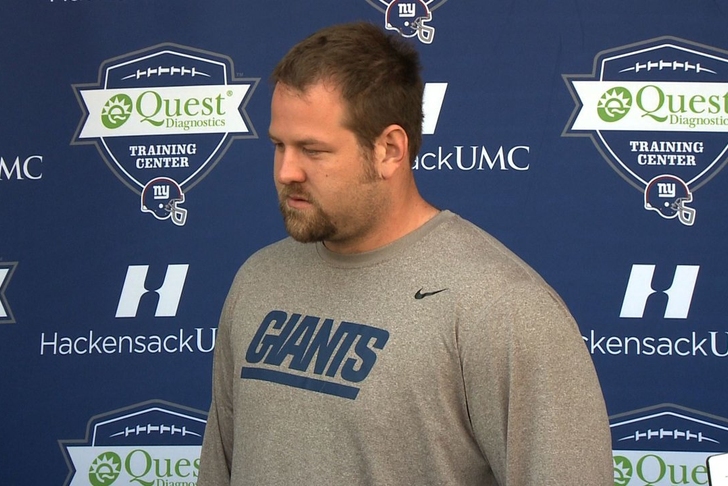 The New York Giants signed offensive lineman Geoff Schwartz as a free agent in order to give the inside of the team's offensive line a much-needed boost. However, Schwartz was placed on injured reserve with a designation to return in the preseason due to a serious toe injury, keeping him out of the lineup for the entire 2014 NFL season so far.

Now, per Josh Alper of NBC's Pro Football Talk, the Giants will take advantage of Schwartz's designation to return "on the last day they can use it before Schwartz would revert to injured reserve for the rest of the season. Giants coach Tom Coughlin made the announcement during his Monday meeting with the media."

While it's unclear where Schwartz will slot in off the bat, he is likely to provide an upgrade over rookie Weston Richburgh at starting left guard or John Jerry at right guard.