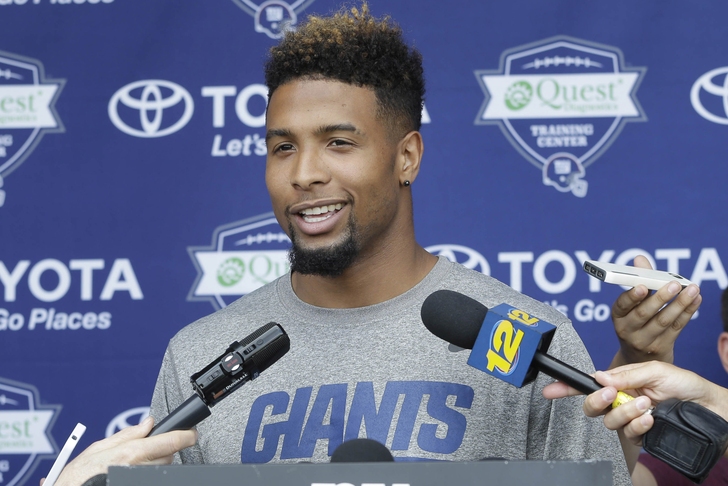 In this NY Giants news and rumors update, rookie wide receiver Odell Beckham has been ruled out for the New York Giants' Week 2 matchup against the Arizona Cardinals.

According to Around The NFL, Beckham's injured hamstring will delay his NFL debut past the team's home opener on Sunday:

Beckham practiced punt returns with the team on Wednesday, but his hamstring remains (at best) ginger less than 48 hours from game time. His hamstring issue has been an ongoing theme since the team drafted him and many speculate that he isn't remotely close to returning to the field.

In the long run, it may benefit the New York Giants to play it extremely safe with Beckham as the season goes along - especially with the big plans they have for him in the offense as the grand scheme of things unfolds.