NY Giants News: Tom Coughlin Wants His Team To Play "Above The X's And O's" 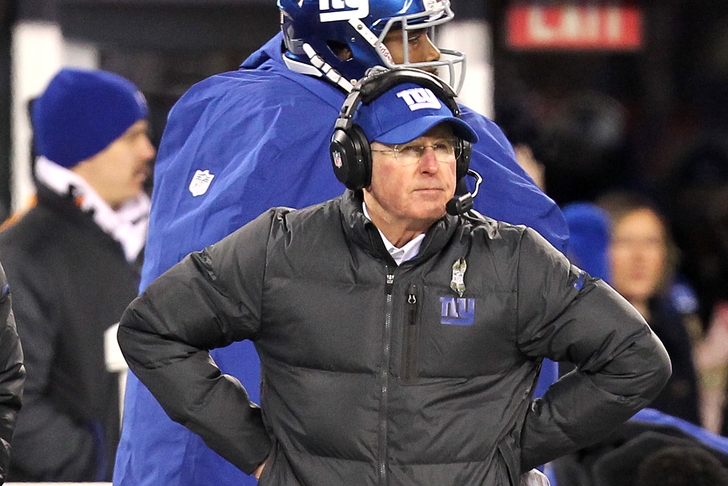 Can't get enough NY Giants news? Be sure to download our 5-star iPhone app today!

The New York Giants enter their Monday Night Football matchup with the Indianapolis Colts in need of a victory to pull back to .500 and reinsert themselves into the conversation for the NFC Playoffs.

For head coach Tom Coughlin, such a big win won't come from a mere execution of fundamentals. It will come from an impassioned group ready to make whatever plays necessary to pick up the W.

In case that wasn't clear enough, Coughlin further emphasized his mind-over-matter principle with a straightforward statement on his Giants' current situation.

“No one wants to be 3-4," Coughlin said. "Nobody wants to be mediocre. We’re going to have to do something about that and the way to do that is to put yourself in a state of mind — believing is more than saying it, you’ve got to act it."

"If you really do believe that you can win, then act like it.’’