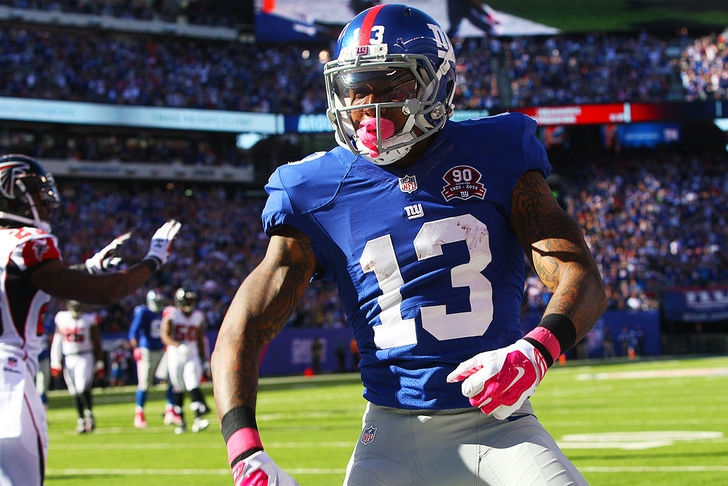 The NY Giants don't have a lot of positives to look back on after falling to 3-6 with a 38-17 road loss to the Seattle Seahawks on Sunday. However, rookie wide receiver Odell Beckham Jr.'s work against All-Pro cornerback Richard Sherman does qualify as an unquestionable bright spot.

Despite drawing Sherman in coverage for most of the afternoon, Beckham dazzled with a game-high seven catches for 108 yards, showcasing his athletic talents while never looking out of place against one of the league's best.

One of those catches was a dazzling double move that faked out Sherman, allowing the young wideout to separate and go for 44 yards at the end of the first quarter.

That play, and Beckham's work all day long, was enough for Sherman to give the young kid his jersey after the game and shower the Giants' newest weapon with compliments.

"Beckham is a great player,” Sherman said, via Ebenezer Samuel of the New York Daily News. “So they had to depend on him and take risks and take shots in games like this. He was able to get one earlier, which was a great play by him.”

Sherman even took time to offer Beckham a little bit of advice after the game.