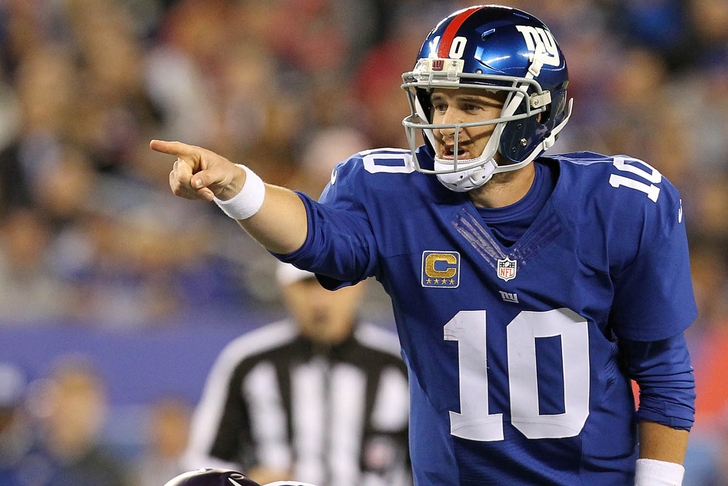 Can't get enough NY Giants news? Be sure to download our 5-star iPhone app today!

It's do or die for the 3-4 New York Giants on Monday night when the host the high-powered offense of the Indianapolis Colts at MetLife Stadium in New Jersey.

“We know we have our backs up against the wall a little bit with the way we started the season,” quarterback Eli Manning said, via Michael Eisen of Giants.com. “We don’t have the record we exactly want, but we still know it is all going to come down to how we finish the season. It starts this Monday night, playing against a good Colts team. We have to come out ready to play. We need everybody to step up their games. We need our young guys. They are no longer rookies. It is no longer their first experience. We need those guys to step up. We need the veterans to step up as well.”

Defensive end Jason Pierre-Paul is calling it like he sees it - Monday's game is a playoff game if the Giants want to climb back into the playoff picture.

“It is nine games left and you might as well say it is like the playoffs for us,” Pierre-Paul said. “We’ve got to win, we’ve got to win basically, we’ve got to win. We’ve got to take one game at a time and can’t look ahead. There have been games that we should’ve won, but that is all in the past. It is the second half of the season. Anything can happen, that is how I am looking at it.”

If the Giants can put the rumors and criticism aside and play four full quarters against the Colts, their journey back from an inconsistent start will look a little bit easier.