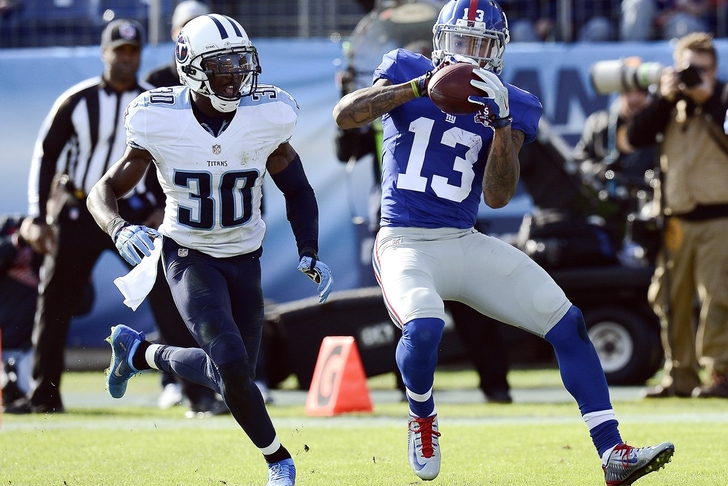 The New York Giants put together arguably their most complete effort of the 2014 NFL season on Sunday, dominating the Tennessee Titans in all facets of the game for a 36-7 road victory and snapping a seven-game losing streak in the process.

“I’m excited that we were able to put four quarters together and get the win,” added Eli Manning. “I think we got off to another fast start that we have been doing the last few weeks, but we were able to come out in the second half and finish the game.”

After letting the lowly Jacksonville Jaguars climb back from a 21-3 halftime deficit in a stunning loss week, Giants safety Antrel Rolle made it clear that the team wasn't ready to let the same thing happen twice against the Titans in Nashville.

“Last week left a very, very humiliating taste in our mouth knowing that we should have won a game hands down and we let off the gas pedal,” Rolle said. “And (this was about) making sure the same thing wasn’t going to happen again today.”