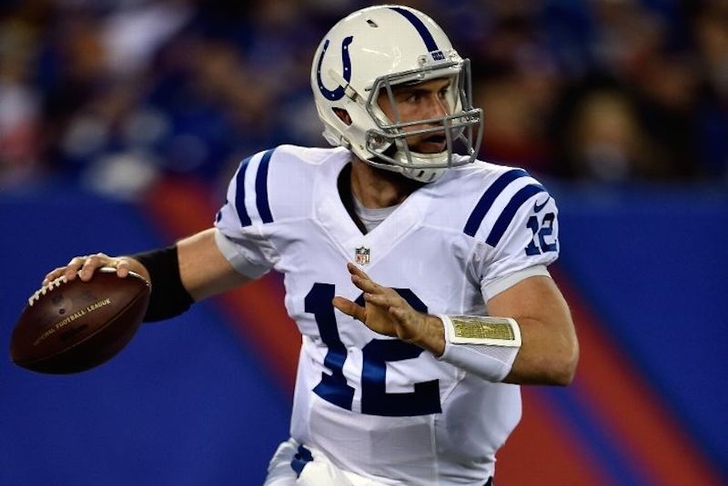 The Giants and the Colts each got off to slow, sloppy starts, but Indianapolis was finally able to move the ball in the second. However, they had to settle for mostly field goals and took a 16-3 lead into halftime.

In the third quarter, the Colts started to blow out the Giants by converting those field goals into touchdowns, and New York just couldn't keep up.

The Colts came out of halftime looking to put the game away, while the Giants wanted to turn things around. It looked like New York had gotten a big interception, but Indianapolis WR T.Y. Hilton wrestled the ball away from Dominique Rodgers-Cromartie in the end zone. That game the Colts a commanding 23-3 lead, and it really deflated the Giants.

New York converted only four of third downs in the game, two of which came in the fourth quarter when the game was already over. Eli Manning & Co. were simply unable to get it together for a majority of the game.

Andrew Luck showed why he's considered the best young quarterback in the game today, completing 25 of 46 passes for 354 yards (his seventh straight game over 300 yards) and four touchdowns while moving the ball at will against New York's defense.

Nobody in a Giants uniform had a good game, but rookie wide receiver Odell Beckham, Jr., showed flashes of why New York is so high on him. He caught eight passes for 156 yards, and had a couple of flashy punt returns as well.

The Giants will try to get back on track against the Seahawks next week in Seattle, while the Colts have a bye week before facing the New England Patriots.