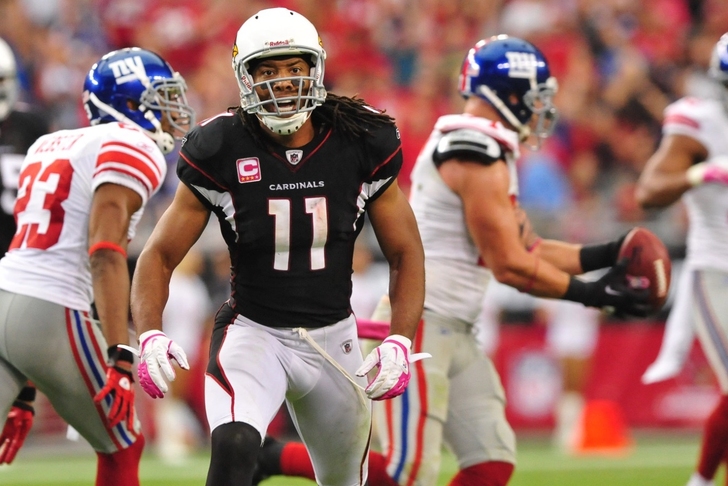 After getting torched by the Lions offense on opening day, the Giants return home to host the Arizona Cardinals. The Cardinals managed to surprise the San Diego chargers in week one, edging out a 18-17 win, and they took that momentum with them on the road.

Here's what we saw in the first two quarters:

Carson Palmer was a late scratch in this one, opening the door for backup Drew Stanton. Stanton hadn't started a game since 2010, but he didn't look rusty in Arizona's opening drive, where he marched the offense down the field to set up a Johnathan Dwyer TD.

Eli Giveth, And Eli Taketh Away

Eli Manning started out 6/7...but that one that got away landed in the arms of Cardinals LB Sam Acho, and canceled out what had been a promising drive. After leading the NFL in interceptions a year ago with 27, Manning is on pace to challenge his 2013 total.

Manning made amends with a touchdown drive late in the second quarter, though, closing the gap to 10-7.

Polar Opposites On The Ground

The Cardinals were dangerous on the ground, with both Johnathan Dwyer and Andre Ellington picking up big gains. On the flip side, Giants RBs Rashad Jennings and Andre Williams failed to make an impact, finishing the half with 13 carries for just 31 yards.