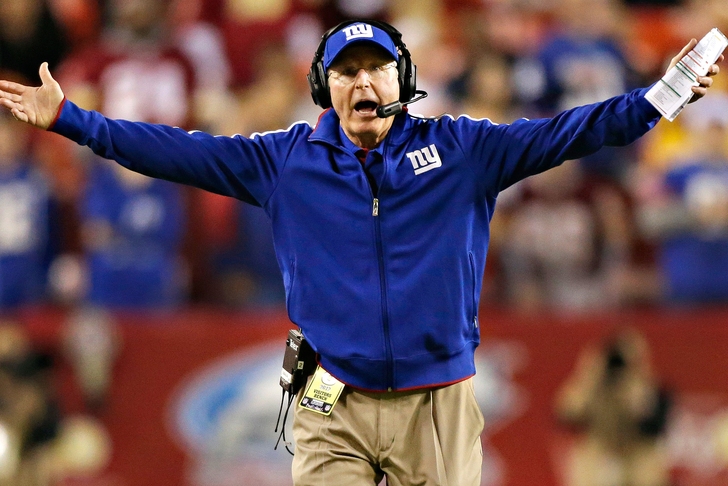 While most indications are pointing to Tom Coughlin returning for his 12th season as New York Giants head coach in 2015, rumors still persist about his job security as the NFL season comes to a close.

To Coughlin's credit, he's doing his best to keep the noise away from the football field.

"No, no it doesn't [cross my mind]," Coughlin said of the seemingly-omnipresent coaching rumors on Monday, via Jordan Ranaan of NJ Advance Media. "We've got two games to go and we've got to be the best we can be in these next two games."

As Ranaan posits, "the denial is predictable and necessary. Each coach has two more games remaining in the season and they must do their job before any serious public comments can be made about whether they return next season."

However, it's never seemed to be in Coughlin's character to worry about the things he can't control. It would be perhaps foolish to expect the two-time Super Bowl-winning coach to start now when his back is against the wall.