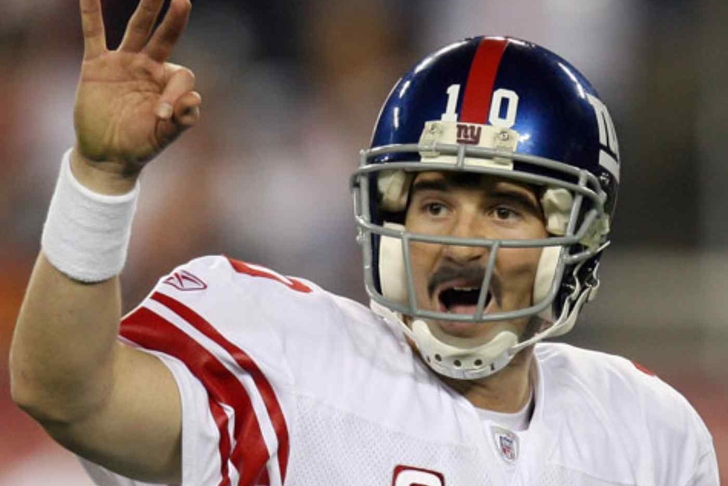 According to Josh Alper of Pro Football Talk, Eli Manning has "plenty of homework to do in addition to rehabbing his ankle. Manning said that so much is new that it feels like his freshman year in college or rookie year in the NFL as he familiarizes himself with recently signed players and the scheme."

“[The changes] bring a sense of urgency to this time of year, to the offseason,” Manning stated, via information obtained from Jordan Raanan of NJ.com. “For me, [it's] getting healthy, meeting teammates and learning a new playbook. We have a lot of work to do. But [I'm] enjoying the competition of it all, the urgency we’re having right now.”

After a tough 2013 season, Giants fans are hoping that the "sense of urgency" Manning is referring to translates to results come the 2014 NFL season.

Your Giants news whenever and wherever you want it. Download our new Chat Sports iPhone app and follow our Giants team page today.