5 Notable Players The Giants Could Cut Before The Season 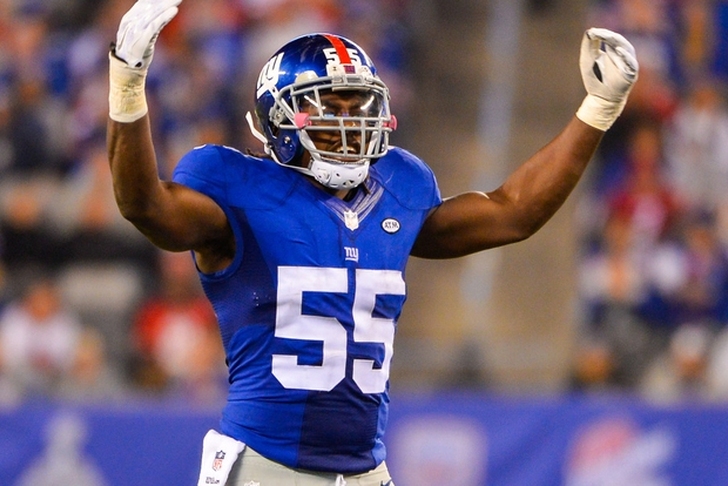 The reality of the NFL is that each year several veterans end up cut by their teams before the start of the regular season. That will likely be the case this year for the New York Giants. The Giants are in the midst of a Super Bowl window, but they'll cut veterans if it's in the best interest of the team.

The Raiders would likely try to trade most of these players before cutting them, but more often than not, the players are simply cut. That was the case with players like WR Victor Cruz, whom New York already released This list only focuses on some of the more notable players, which means we're ignoring the undrafted free agents or other players who don't quite move the needle enough. With that in mind, here are five players the Giants could cut before the season. 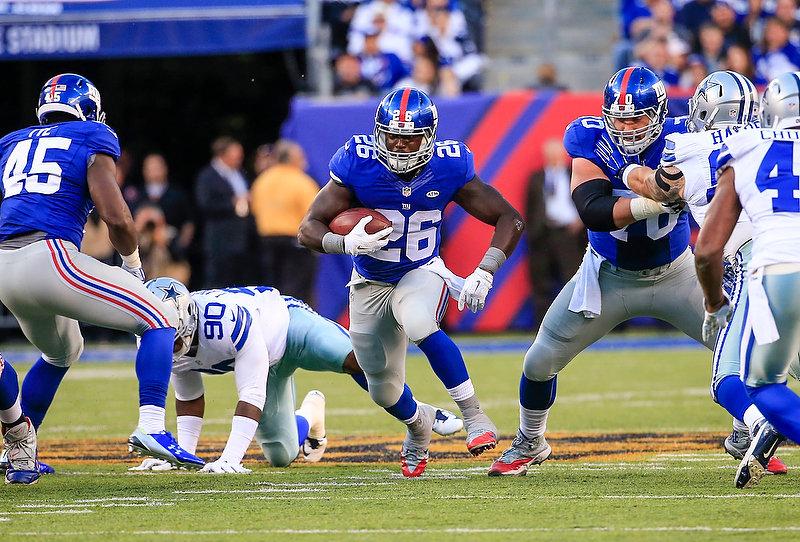 There are simply too many RBs on the roster right now for the Giants. Paul Perkins isn't going anywhere and neither is rookie Wayne Gallman. Shane Vereen is still on the roster and since he's already picked up his roster bonus, he's likely a factor on third downs if healthy. That could leave a battle between Darkwa and free agent pickup Shaun Draughn for the fourth roster spot (if no one else is signed). Cutting Darkwa saves the Giants over $842K in cap space. He and his 3.8 yards per carry average just might not be good enough to make the roster. The Giants re-signed Johnson this offseason, but the signed Geno Smith and drafted Davis Webb. Since Webb is a lock to make the roster, that leaves Smith and Johnson fighting for the final roster spot at QB. Both Smith and Johnson carry similar cap hits and despite his issues, Smith is probably the better backup. That leaves Johnson as the odd man out. Cutting him saves the Giants $915K in cap space.

The Giants simply don't value linebackers very much, which doesn't bode well for Thomas given his contract. He's fifth on the LB depth chart, behind Jonathan Casillas, Devon Kennard, Keenan Robinson and B.J. Goodson. He was limited to just one game last year because of injuries and is set to count $4 million against the cap. With $3 million in savings if he's cut, it's tough to see the Giants paying that much to a backup. If the Giants add a LB like Gerald Hodges, that further solidifies Thomas' roster status.

The selection of Evan Engram doesn't bode well for Tye. He was the top pass-catcher at TE for New York last year, but didn't start every game because he's not a great blocker. Now, Engram will handle the role of the "move TE" in the offense with Rhett Ellison as the better blocker. Tye can still make the roster, but that's only if 2016 sixth rounder Jerell Adams struggles and/or doesn't take a step forward. Cutting Tye would save the Giants $615K. He probably has the best shot of any player on this list to stay on the roster.

Wynn's roster status might come down to if the Giants add another DE and what happens with Owa Odighizuwa. His tweets earlier this offseason implied he would retire, but the Giants think he'll be back. If Odighizuwa returns, that means the Giants have Jason Pierre-Paul, Olivier Vernon, Romeo Okwara and rookie Avery Moss on the roster. Given how much Paul and Vernon play, would the Giants carry six defensive ends? They didn't last year and Wynn's entire $1.797 million cap hit can be saved with a release.