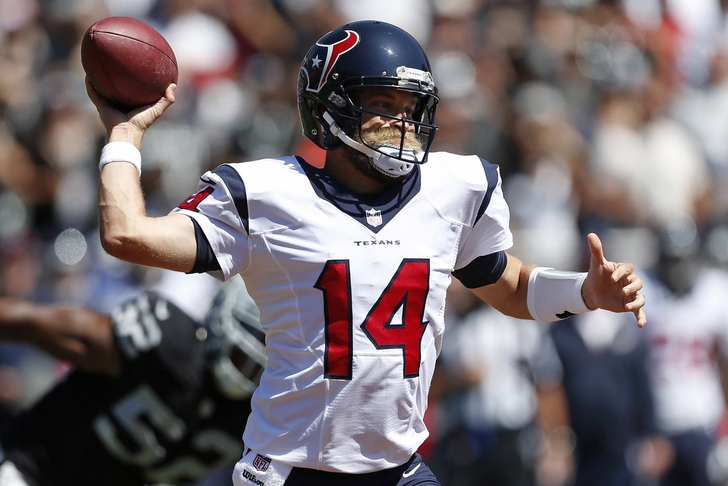 The New York Giants had all the momentum at halftime, and continued to ride it all the way to their first victory of 2014, 30-17 over the Houston Texans.

5. Eli Manning Still Has It

All of the talk about Eli's demise was greatly exaggerated. Here's a guy with two Super Bowlt titles (and MVPs) under his belt that still can't buy respect from the greater NFL media at times. No matter, as Eli Manning took advantage of a finally-clicking running game (more on that later), to put the Giants' offense in a position to succeed all day long.

4. Arian Foster Means The World To The Texans' Offense

Without Foster, the formerly undefeated Texans looked out of sync and out of sorts on Sunday against an aggressive New York Giants defense. QB Ryan Fitzpatrick tried to match that aggression with some of his own, but he fell into his bad habit of throwing crucial interceptions (three on the day) when nothing was available downfield.

Jennings took on a heavy workload against the Texans, and began to find the holes that made him so dangerous as a feature back in Oakland. His 176 yard rushing game (on 34 carries) was the X-factor in New York's victory, as it allowed Eli Manning plenty of time (and open receivers) to work with.

2. The Texans Aren't Dead Yet

Even with the AFC South receiving a wake-up call in the form of the Indianapolis Colts' thrashing of the Jacksonville Jaguars today, the Houston Texans could very well be back to the form of their first two games if a healthy Arian Foster is available next week in Buffalo. Ryan Fitzpatrick showed he has it in him to push this team forward, as he put his mistakes behind him to lead a Texans comeback late (be sure to check out his 44-yard TD strike to Demaris Johnson later).

Don't count out Houston. It's a new day under head coach Bill O'Brien.

1. The Giants Need To Build Off Of This Win

The Giants have now escaped talks of going 0-6 to start the year (as they did last season), so the next step is to learn from what worked in this victory. If they can continue to get Rashad Jennings some space to work with the running game, Eli Manning will be that much more effective - meaning that the Giants would be far from out of anything at 1-2.