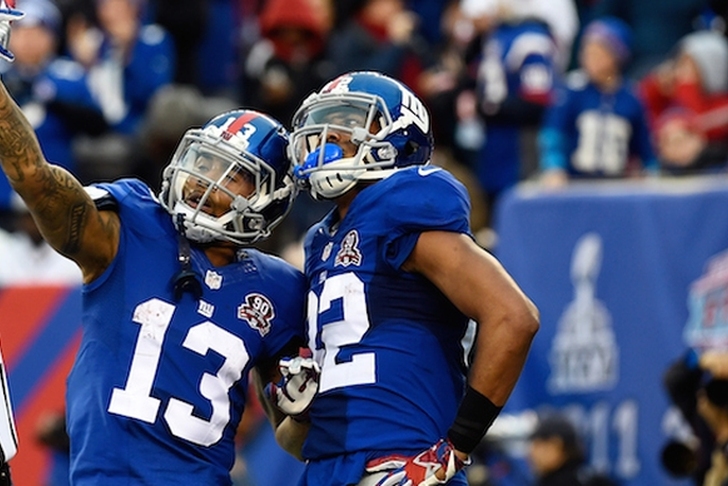 The 2014 New York Giants have limped to a 1-2 start to their season, but there have still been some flashes of good times ahead for Giants fans to hold onto going forward. With that in mind, here are four reasons why the New York Giants are guaranteed to return to the playoffs this season:

Odell Beckham only played in 12 games last season and had a huge year. Now, Manning will have him for all 16 games. Victor Cruz will be back, although he's now the No. 2 WR. Rashad Jennings and Andre Williams have proven to be a somewhat capabale power running duo, Shane Vereen has been a great third-down back for Manning, and Victor Cruz is set to return in Week 4. The Giants will need the offense to carry them this season, and they've done that so far this season.

The Giants are still battling injuries on the defensive side, especially in the secondary, but the defense has been better this season. DT Johnathan Hankins looks like he's ready for a breakout season. Jon Beason will hopefully stay healthy for the rest of the year, and Landon Collins is a BIG boost at safety - the rookie was the steal of the draft at the start of round two. Hiring Steve Spagnuolo has helped the Giants defense look a little bit more like the Giants' units of old so far this year, and that's a great thing.

Someone has to win this division, right? It's not going to be the Redskins because they're, well, the Redskins. The Eagles haven't been able to run the ball more than an inch through their first three games, and the Cowboys won't have Tony Romo OR Dez Bryant for most of the season. The door to the playoffs is wide open for the Giants, and they plan to run through it.

Coughlin has supposedly been on the hot seat almost every year during his tenure in New York. Whether it was the complaints of Tiki Barber, the Jeremy Shockey drama or last year's inconsistent ride, you're bound to hear dozens of rumors about the legendary coach's 'impending firing' this season -- especially if the Giants struggle out of the gate. We're not buying into all of it.

Coughlin appears refreshed and refocused during this season despite their late-game struggles early in the year, looking nothing like the dead man walking some hot-take wielding media members tend to paint him as. He's one of just a handful of coaches to win multiple Super Bowls, and with giant question marks surrounding every team in the division, look for him to use his experience to guide the Giants to the postseason.