4 Notable Giants Players On The Roster Bubble In The Preseason 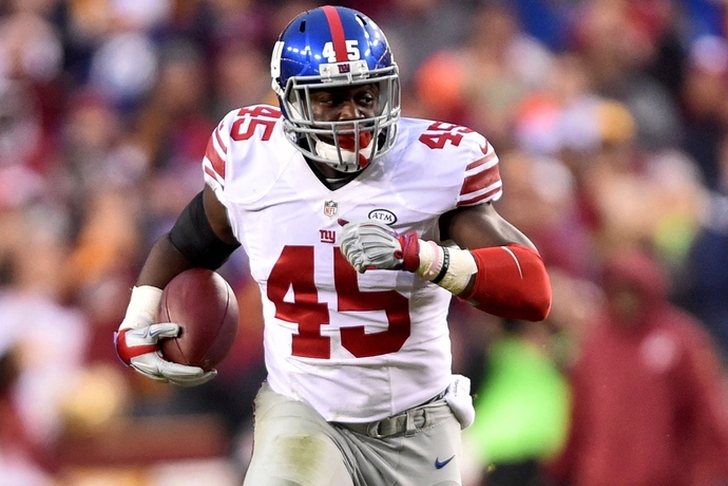 When roster cuts arrive just before the start of the season, the New York Giants will be forced to release players they'd like to keep on their team. While there will be the camp bodies the Giants don't mind losing, there are also players on the roster bubble right now fighting for a job. That includes players who were on the active roster last year, but are in danger of missing out this season. That's the nature of the NFL, as there are notable players each year that teams release.

The Giants will try to trade these players before cutting them, but more often than not, the players are simply dropped. This list only focuses only on the more notable players, which means we're ignoring the undrafted free agents or other players who don't move the needle enough. With that in mind, here are four notable players the Giants could cut before the season.

Take your pick here, because one of these players aren't making the roster. Eli Manning is the No. 1, while Davis Webb will make the roster in what will be a redshirt year. The Giants won't carry four QBs, so it's a battle between Smith and Johnson for the backup QB spot, with the loser getting cut. Johnson has the experience in the system, but Smith looked slightly better in the first preseason game (neither looked great). This battle isn't close to being over and will likely continue until the end of the preseason. Monitor how they fare, but also when they play. The player who gets the most work with the twos will likely make the roster.

Signed from the 49ers this offseason, Draughn's time with New York is running out. Paul Perkins is in line to start, with Shane Vereen the likely 3rd down back (over Draughn). Orleans Darkwa continues to push Perkins and that puts him ahead of Draughn. Rookie Wayne Gallman would make the roster over Draughn, leaving him as the odd man out. He was only just activated from the PUP list, so Draughn is playing catch-up.

The selection of Evan Engram doesn't bode well for Tye. He the top pass-catcher at TE for New York last year, but didn't start every game because he's not a great blocker. Now, Engram will handle the role of the "move TE" in the offense with Rhett Ellison as the better blocker. Tye can still make the roster, but that's only if 2016 sixth rounder Jerell Adams and Matt LaCosse struggle and/or don't take steps forward. Cutting Tye would save the Giants $615K. He probably has the best shot of any player on this list to stay on the roster.

The Giants simply don't value linebackers, which doesn't bode well for Thomas given his contract. He's third on the WLB depth chart, behind Jonathan Casillas and Keenan Robinson. He was limited to just one game last year because of injuries, is set to count $4 million against the cap and only just came off the PUP list. With $3 million in savings if he's cut, it's tough to see the Giants paying that much to a backup. He'll have to shine in the preseason and rest of camp to make the roster.

Check out our New York Giants team page for all the latest NY Giants rumors or download the Chat Sports App!