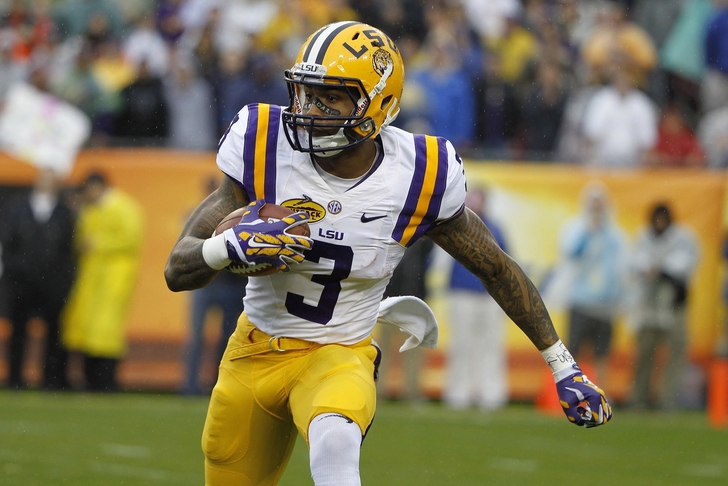 His father, Odell Sr., was a running back for LSU (1989-92) and his mother, Heather Van Norman, won a national championship in track for the Tigers (1991-93). Beckham won the Paul Hornung Award in 2013 as the most versatile player in the FBS – setting an LSU single-season record with 2,315 all-purpose yards. Beckham showcased top-tier speed and maneuverability in both the 20-yard shuttle (3.94 seconds) and the 60-yard shuttle (10.93 seconds) at the NFL Combine – near the top of the leaderboard for wide receivers.

Beckham has both quick hands and quick feet, able to slip out of jam coverage and create space. He is adept at sinking his hips and changing his level of acceleration to evade defensive backs, using his top-flight jumping ability to give quarterbacks a larger target to throw at than his smallish frame would indicate. Beckham has the playmaking ability to excel as a top wideout, and on kick and punt returning.

Check out Beckham's highlight video for a closer look into what he brings to the Giants: