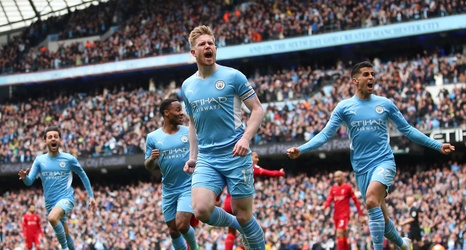 It was a quiet weekend for New York City FC fans. While the rest of MLS was at full throttle, the NYCFC and Seattle Sounders squads were in training as their games had been rescheduled to allow the players to prepare for the second leg of the CONCACAF Champions League Semifinals on Tuesday at Red Bull Arena. While pretty much every team in every league on the globe had a match to play, New York City supporters didn’t have anything at stake.

However, there was a marquee matchup in England, where first-place Manchester City hosted second-place Liverpool. It was a clash of the titans, two of the greatest teams ever assembled in the history of the sport, managed by two of the most intelligent footballing minds ever to stand on the touchline, facing off on a bright Sunday afternoon in front of a capacity crowd at the Etihad Stadium in a game with immediate consequences for the Premier League title.