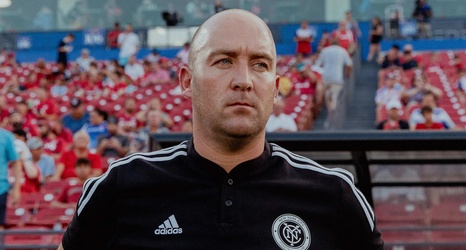 It didn't look good for New York City FC in the first half of yesterday’s game against the New Jersey Red Bulls.

Both of the teams took the field in formations that played to their respective strengths. NYCFC lined up in a familiar 4-2-3-1 that had Alexander Callens and Thiago Martins anchoring the defense, Maxi Moralez in the No 10 role, and Taty Castellanos playing as a roving striker up top. Go with what you know: The configuration from interim head coach Nick Cushing has become the identity of a New York City team that set out to dominate possession, overload the flanks, and win the game by creating chances from crosses lifted in from the wings.