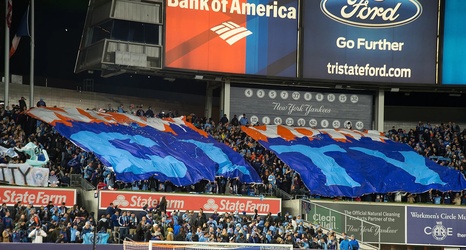 With primary striker Héber out until at least May while still dealing with an ACL injury he sustained last season, New York City FC is a bit light for depth in the attacking corps. And thus far, most of City’s reinforcements for the 2021 season have been on the defensive side of the ball, with additions like left back Chris Gloster, defensive midfielder Alfredo Morales, and another left back Malte Amundsen being the only incoming players this preseason.

But that could change in the near future. According to a report from Goal.com, NYCFC have come to terms with Brazilian club Bahia to bring over winger Thiago Andrade for a purported fee of $1.