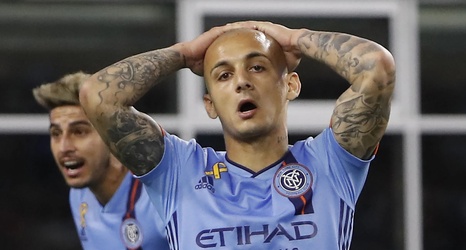 Alexandru Mitriu021bu0103 is looking to return to New York City FC until his contract runs out at the end of this season, according to an article published yesterday in the Romanian publication Digi Sport. The 27-year-old was on loan at Greek side PAOK, where he scored one goal in 24 appearances, but the club decided not to exercise the option to sign him permanently. Digi Sport reports that Romanian clubs are interested in Mitriu021bu0103, but he prefers to return to New York City.

NYCFC signed the left winger to a Designated Player contract in February 2019 to replace David Villa, and while he scored 12 goals that season he never lived up to the expectations placed on him.