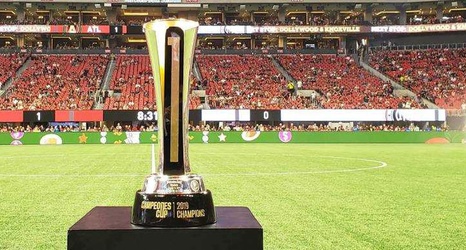 Yesterday, it was announced that New York City FC will face Atlas FC in the Campiones Cup, an annual contest between the winner of the MLS Cup against the champions of Liga MX. The match will be held on Wednesday, September 14 at Yankee Stadium. Tickets are available now.

The Campiones Cup dates to 2018, and it has been held just three times. The cup reportedly awards a purse of more than $340,000 to the winner (no figure is officially acknowledged), but it is arguably the least important piece of silverware an MLS team can aspire to win, trailing the MLS Cup, the Supporters’ Shield, the CONCACAF Champion’s League, and the US Open Cup in bragging rights: You don’t hear Columbus Crew supporters singing about their 2-0 win over Cruz Azul last year.