MLS Thursday: Everything you need to know about Matchday 12 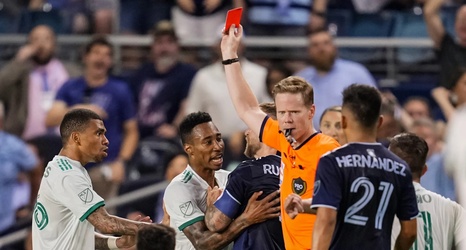 Now we’re getting into the off-cuts of the MLS season: After three months of mostly regular league play, these 10 games will make following the tables impossible without a notepad and a calculator. Atlanta United, Charlotte FC, Cincinnati FC, Columbus Crew, New England Revolution, Orlando City, Real Salt Lake, and Toronto FC all get a pass on this midweek game. Ah well. It’ll all shake out in October.

Sporting Kansas City 2 - 1 Colorado Rapids
What has to happen for four red cards to be shown in stoppage time?