Justin Haak gets his chance 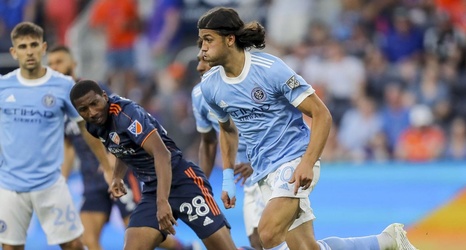 The outrageous 4-4 draw between New York City FC and FC Cincinnati had a lot going on. Aside from the barrage of goals and late dramatics involving VAR and point-blank saves, the match also saw homegrown NYCFC midfielder Justin Haak log his first MLS minutes since 2019.

It came as something of a surprise to see the 20-year-old be interim manager Nick Cushing’s choice to replace Maxime Chanot, who hobbled off with a lower leg injury suffered on Cincinnati’s opening goal.

But times are currently tough in the middle of the field for NYCFC.