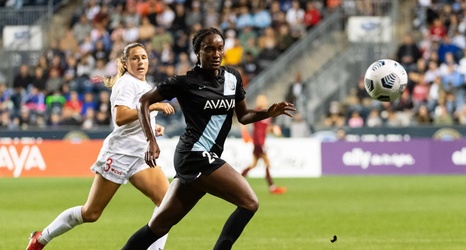 Gotham FC supporters can’t be disappointed with how yesterday’s home opener ended: Despite being out possessed, outplayed, and thoroughly outshot by an NC Courage side that is undefeated four games into the 2022 NSL Challenge Cup, Gotham drew the game and salvaged a point courtesy of an 84th-minute header from Nigerian international Ifeoma Onumonu. It was the team’s only shot on goal.

Gotham now sit in third place in Group A with five points after four games, just three points out of first place.

While Onumonu’s goal might dominate the highlight reel, it was the defense that kept Gotham in the game.