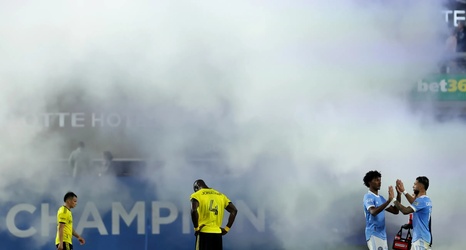 Yesterday, New York City FC cruised to a comfortable, professional win, beating Columbus Crew 2-0 on a rainy afternoon in the Bronx. It was New York City’s third clean sheet in a row in league play, and the fifth for the club in ten matches this season.

New York City are now on a five-game unbeaten streak in MLS since crashing out of the CONCACAF Champions League to Seattle Sounders, scoring 16 goals and allowing just four.

Manager Ronny Delia lined up the team the same 4-2-3-1 formation he has used for every MLS game this year – go with what you know – but with some notable changes in personnel.