Call for nominations: The best NYCFC goals of all time 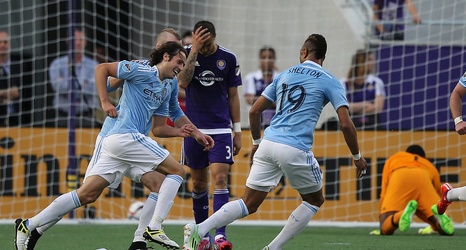 Since New York City FC’s inaugural season in 2015, the Boys in Blue have scored a lot of goals—408 across all competitions to be exact.

The first of which was a delightful curler off the right boot of Mix Diskerud away at Orlando City eight years ago. The most recent was a left footed, near-post blast from young fullback, Chris Gloster, home at Yankee Stadium against San Jose Earthquakes.

But, as for the 406 goals in between...well it can be hard to keep track of them all. David Villa logged 80 goals in an NYCFC shirt, Taty Castellanos has already racked up 51 strikes of his own, and Maxi Moralez has found the back of the net 30 times himself.