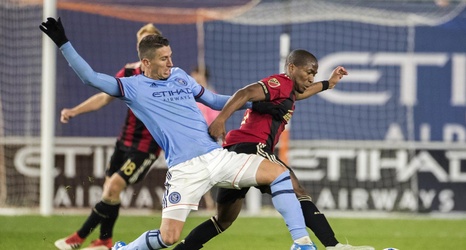 Ben Sweat’s time as a New York City FC player has come to an end.

The 28-year-old Florida native left back was selected first overall by Inter Miami in today’s Expansion Draft. Sweat — who was drafted 14th overall in the 2014 MLS superdraft by the Columbus Crew — took in a loan spell with the Daytona Dutch Lions before being waived by Columbus upon his return. He spent time in the NASL with the Tampa Bay Rowdies before taking a trial with the Boys in Blue before the 2017 season.

Sweat, who has two caps with the USMNT, signed a multi-year contract with NYCFC after the 2017 season.