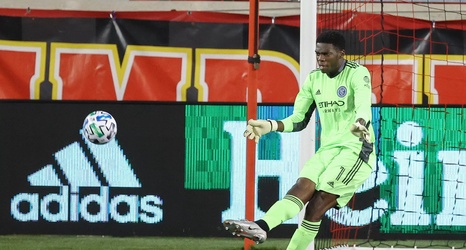 First it was #CornerGate last year. Now this. For some reason, New York City FC’s annual rivalry clash with the New York Red Bulls — dubbed by fans as the Hudson River Derby — has been marred by controversy in the latter’s last two wins.

In the 58th minute of Thursday’s derby, the Red Bulls’ Kyle Duncan fired a shot directly at City goalkeeper Sean Johnson. Unfortunately for the NYCFC netminder, the usually sure-handed SeanJohn had a gaffe as he let the powerful strike from distance trickle off his hands and towards the goal.