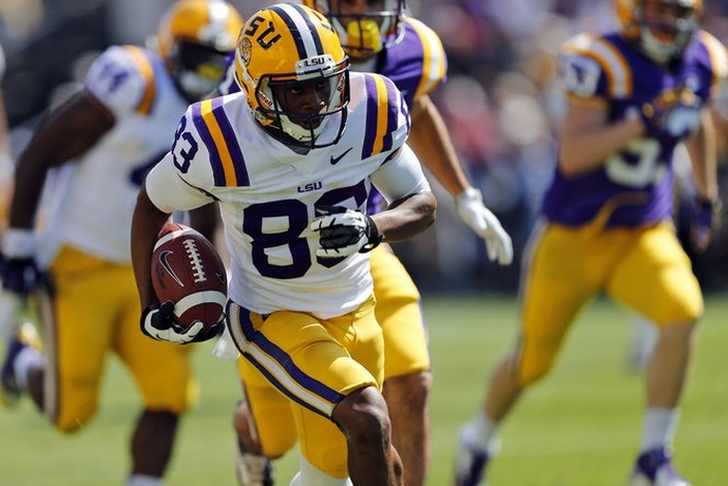 The 2017 NFL Draft is complete and the New Orleans Saints have already landed a few coveted undrafted free agents. NFL teams start trying to sign these UDFAs the second the draft ends, and sometimes even sooner, although all of the moves typically won't officially be announced for a few days.

We have every player the Saints have signed below. We've also included a brief write-up about the more notable additions.

The Saints apparently really wanted to get some offensive linemen. After drafting Ryan Ramczyk in round one, the Saints then added five linemen as UDFAs. Heck, it's six if you include the long-snapper. Collin Buchanan projects as a guard who actually had a Late Day 2 / Early Day 3 grade from NFL.com. Cameron Tom profiles as a potential backup at center, while Van Horn played tackle at Marshall but might need to kick inside.

The two WRs the Saints added have intrigue, especially LSU's Travin Dural. Injuries and LSU's anemic passing attack limited what Dural showed at LSU, he has some ability. He's worth a flier as a UDFA and could be given a shot to grow on the practice squad.

Follow our New Orleans Saints team page for all the latest Saints News or download the Chat Sports App!